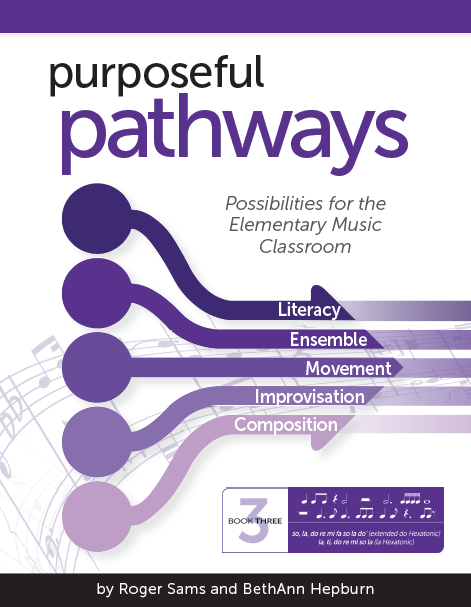 by BethAnn Hepburn and Roger Sams

We trust you and your young students will enjoy this lesson taken from Purposeful Pathways: Possibilities for the Elementary Music Classroom, Book Three – by BethAnn Hepburn and Roger Sams. Designed to encourage active music making, this lesson includes pathways to rhythm, literacy, partwork, ensemble, and improvisation. A printable version can be found here.

Teacher Talk: Moving from simplicity to complexity
When teaching students to follow the beat and rhythm at the same time it is important to start simply and move incrementally toward more complex rhythms. Begin with the students echoing quarter notes and progress sequentially through the more difficult rhythm patterns found in the song. 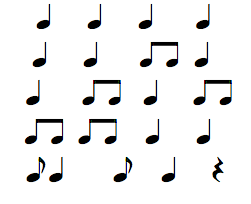 PATHWAY TO Partwork: Song with descant 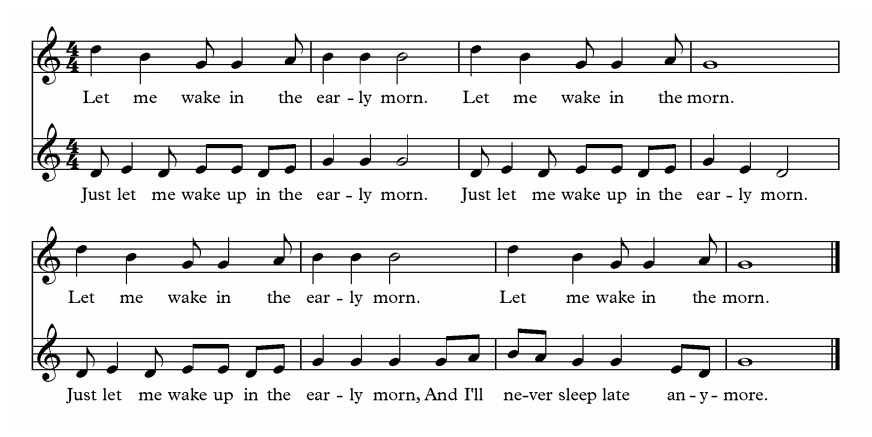 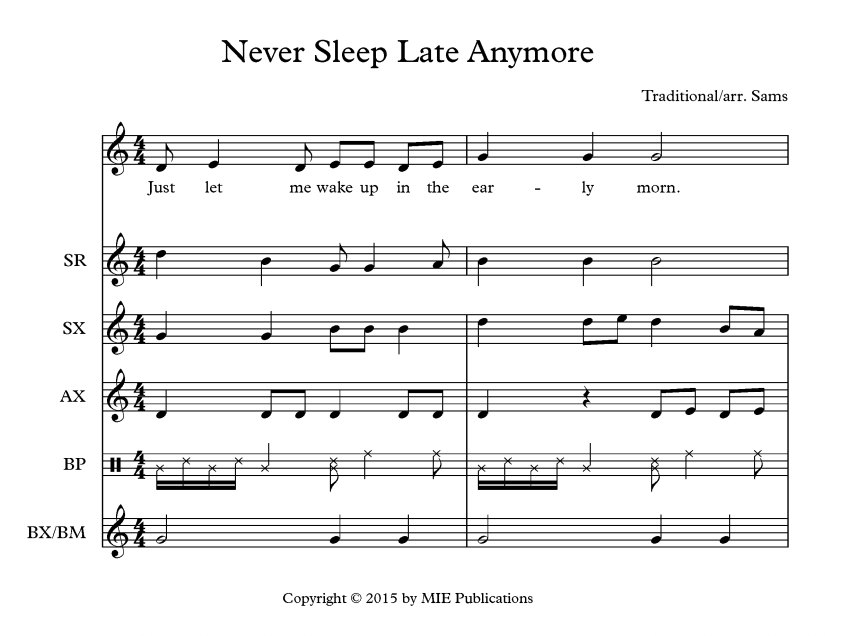 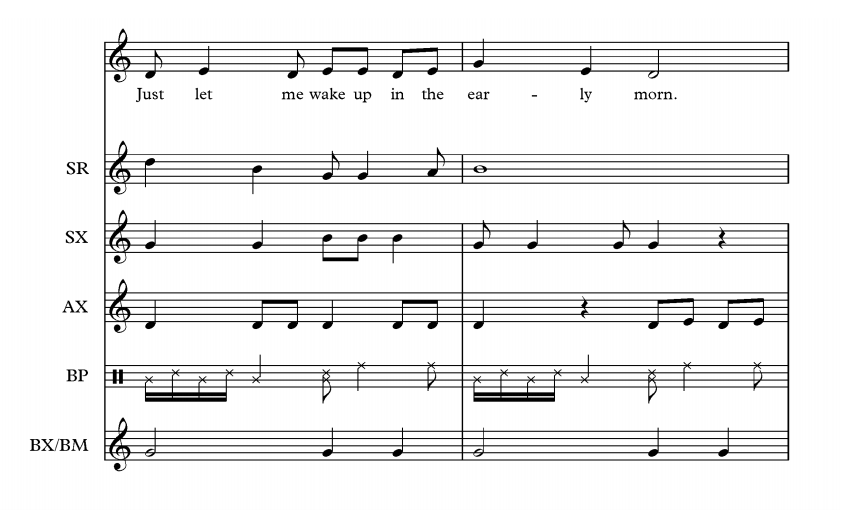 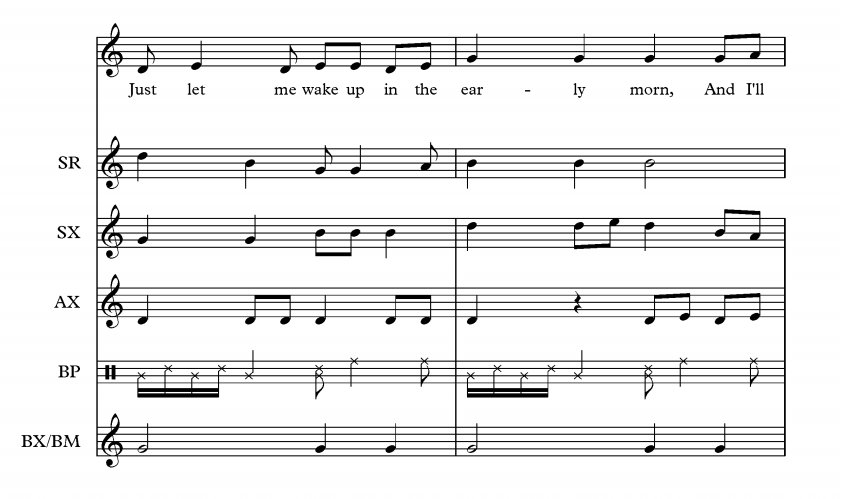 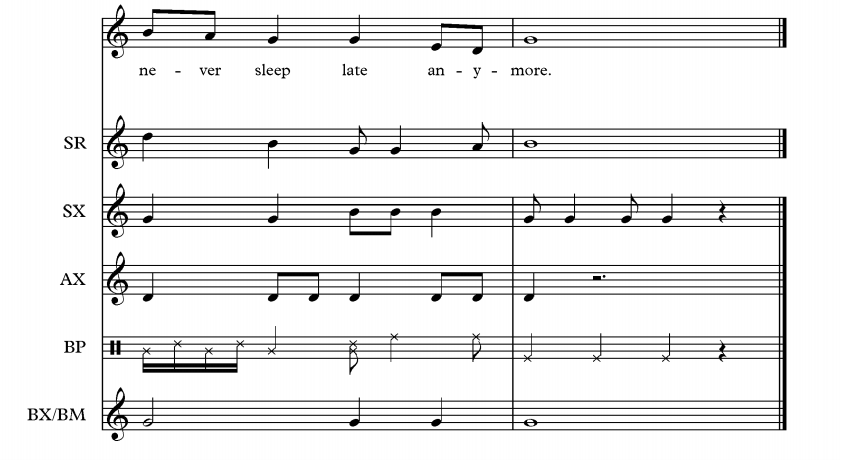 PATHWAY TO Improvisation: Question and Answer with focus on how tonic functions

BethAnn Hepburn teaches 4th-6th graders at Henry Defer Intermediate School in Streetsboro, Ohio. She is an instructor for Orff Schulwerk courses and a frequent presenter for AOSA and orff chapters throughout the United States, and provides workshops internationally. BethAnn has served on the AOSA National Board, and on the General Music Committee for the Ohio Music Education Association. Roger Sams has been an Orff-Schulwerk teacher, clinician and teacher trainer for over twenty years. He has presented at state, regional and national conferences, has taught in teacher training courses throughout the country, and has served on the National Board of Trustees of AOSA. He is a graduate of the Gestalt Institute of Cleveland and his current passion is supporting personal and spiritual growth through the arts.

See all posts by BethAnn Hepburn and Roger Sams