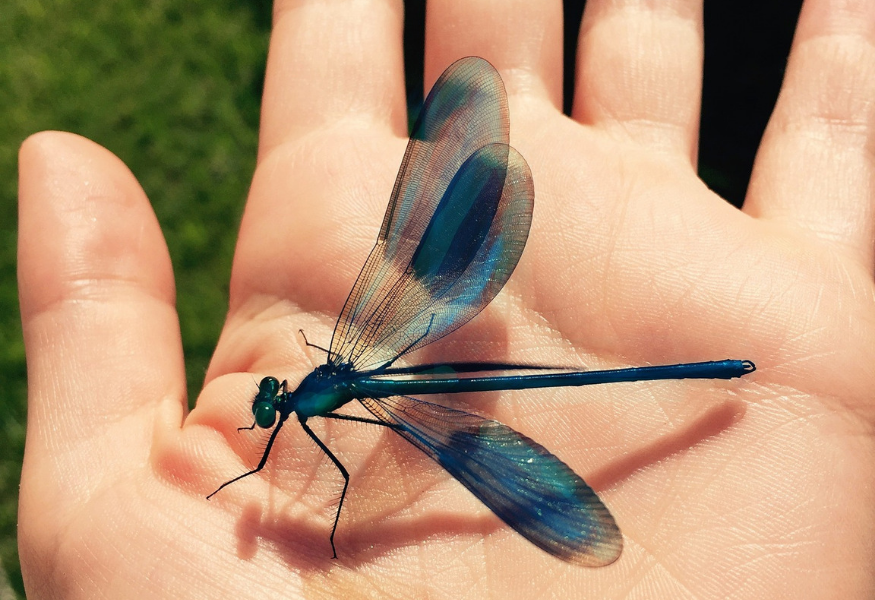 Before tablets, PCs, and smartphones were introduced in Korea, children played with games that are related to the nature around them, such as flowers, trees, pebbles, animals, and insects. There are numerous Korean traditional folk songs based on nature, and Jamjari kkongkkong (잠자리 꽁꽁) is one such example for kids.

Korean folk songs are written primarily with three to five tones; do, re, mi, so, and la. Jamjari kkongkkong is written with four tones: mi, so, la, and do’, with solfege “la” (note A) as the tonal center. There are multiple variations of the song throughout different regions in Korea, although this version is the most common by far. 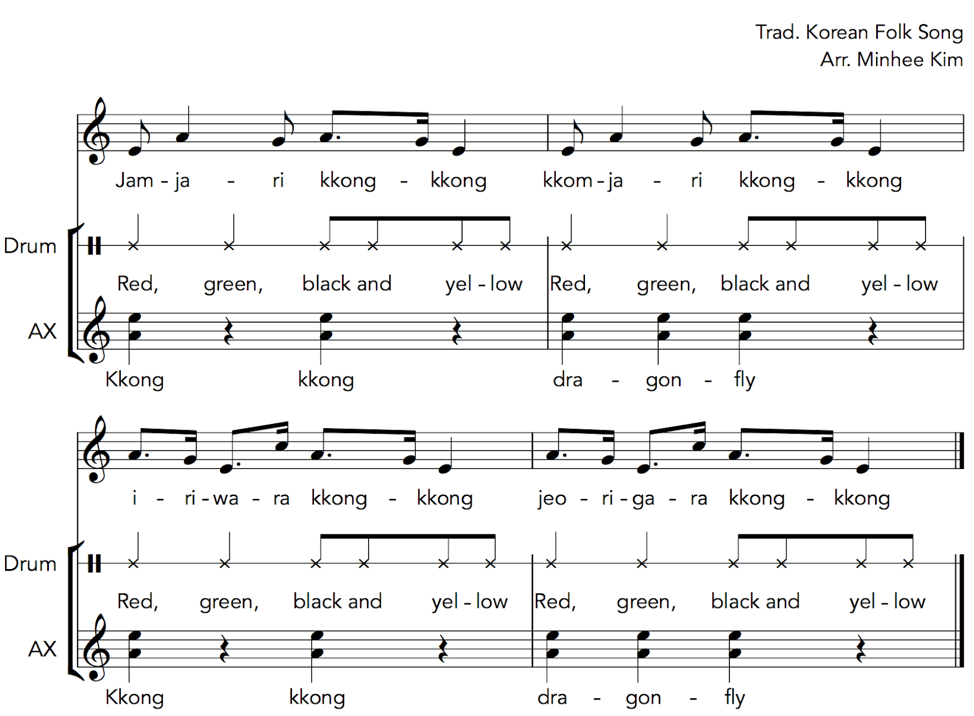 Click here to view videos of both pronunciation and song.

Minhee Kim is a music teacher and pianist from Korea. She was raised in Seoul where she spent her school years. After graduating from college, she traveled to many countries and was intrigued with unique and cultural environment of Hawai'i. She moved to Hawai'i in 2013 and received her Master’s degree in Music and a Post-Baccalaureate certificate in Music Education from theUniversity of Hawai'i at Manoa.

See all posts by Minhee Kim