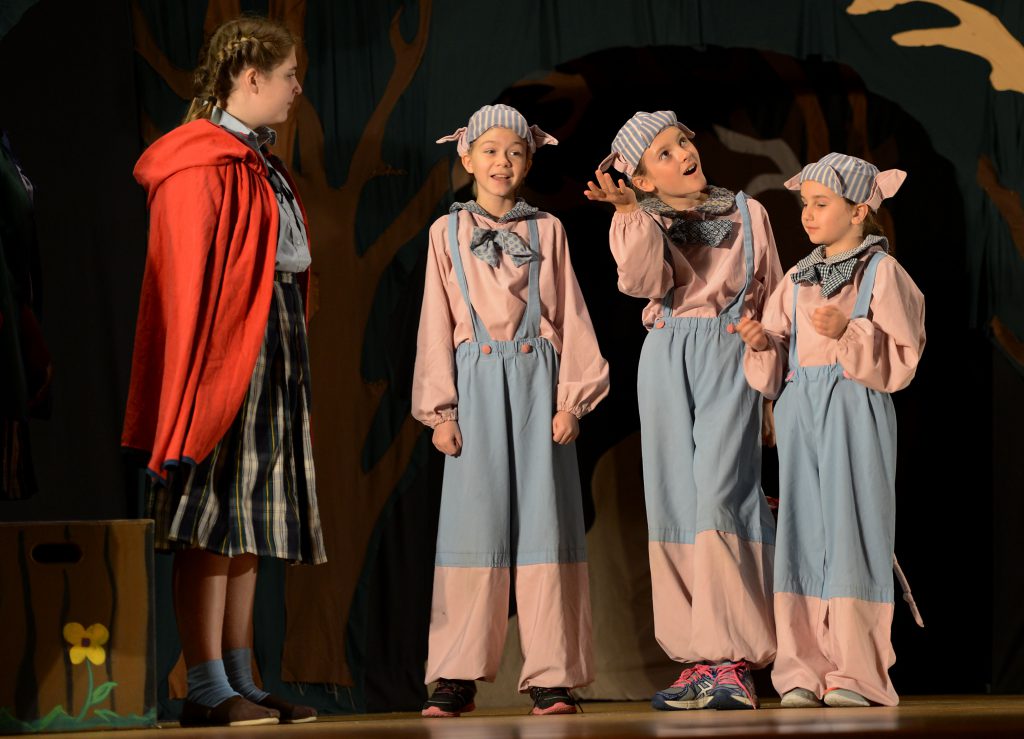 The element I find that separates Orff Schulwerk from other teaching processes is the creativity factor. I had no problem setting students up for success and giving them the tools to improvise and create with untuned percussion and the barred instruments. I felt I covered the elements of movement and dance forms so that they could develop their own movements to music and create their own dances. But for a long time, I had difficulty letting students create dramatic scenes. Too often their dramas would either be stiff and very literal or totally whacky and silly. I wasn’t giving them the structure and set up they needed to be successful with their dramatic play.

I attended a workshop by Janet Mattke many years ago and she gave me the tools to lead my students to success. I’ve taken her process and made it my own and I have her permission to share with you what I have done with Fairy Tale Tableaus.

My second-grade teachers always do a fairy tale unit in their reading lessons. The classroom goals are to identify the main characters given in the introduction, define the setting, the problem and the solution in the story. This is a natural gateway into creative drama!

The first step is to have students brainstorm and list different fairy tales. It could be ones they’ve read as a class, books they’ve signed out of the library and read on their own, stories they’ve heard at home, or TV shows/movies of different fairy tales. Once the list has been created, ask the class how many know each story. Write the number next to the title. You will want to have enough stories so that when you divide your class into groups of 4 or 5, you have a title for each group. (If you have 25 students and are doing groups of 5, you’ll need at least 5 stories. It’s always good to have one or two extra so the last performance isn’t a give-away.) Use the titles that have the highest number of student awareness. If you end up using stories some students don’t know, have a student give a quick synopsis of the tale. OR—you can have more than one group perform the same fairy tale. Once your titles have been chosen, the fun can begin at the next music class.

Next class: Take the brain stormed list of fairy tales and create a rhythm chain. Make sure the completed chain has a sense of pulse and phrasing. Examples:

The A section has been created. Now it is time to develop a sample tableau using an example that didn’t make the final list.

Step 1: Breaking the story down

THEY ARE READY! Give each group of 4 or 5 students their fairy tale title. (I put all the chosen titles in a drum and I draw it out and hand it to the group. Saves on arguments.) THE GROUPS SHOULD NOT SHARE THE TITLE OF THEIR FAIRY TALE. Students will be asked to guess the tale after the performances.

Give the groups time to go through the above process, identifying characters and sequence of events. They will then need to decide on who does what and how they will move into starting position and move from one tableau to the other during the A section. Read your class. You might want to wait until your next music class to start the individual group performances. You may just assign the fairy tale and have them think about things until the next class. Use a time line that fits your students.

PERFORMANCE DAY: I had flip forms in my room. I set up 3 of them flat to create a stage area. The rest of the students faced the stage to watch the performances. At the end of the final tableau, the performers take a group bow so we know they have finished. After each performance, I give the audience a count of 3 and students use a whisper voice to say what story they thing was being performed.

In summary, the final performance for each group goes like this:

Class speaks/plays the A section—Fairy Tale 1 Group performs their first tableau—class does A section as group morphs into tableau 2—class speaks A section as group morphs into tableau 3, etc. until the performing group takes their final bow.  Applause, teacher counts to 3 and audience whispers the title of the fairy tale. Take time for a final reflection on the performance as the next Fairy Tale group prepares to take the stage.

NOTE: You or a student could take photos of each tableau, print out each one as a series, and use these as a display at conferences or open house. It also can be used as evidence that your music program supports reading literacy goals.

Marcia Working has a bachelor’s degree in music education from Central Michigan University, elementary self-contained classroom certification from Western Michigan University; and received her Orff certification from Anderson University. She has a Master’s in Education degree from Cornerstone University. She has 30+ years’ experience teaching elementary music before her retirement in 2013. Ms. Working is the director/instructor for the Crescendo Academy of Music Orff Studio in Kalamazoo, MI. She is a Music Teaching Artist for the Aesthetic Education Program in Kalamazoo County. She writes and arranges children’s music, plays clarinet, is an active clinician, presenting workshops in Michigan as well as at the national level.

See all posts by Marcia Working